Yes
Thin Line is a modded section created by WaffleDaystar and was added on July 5th, 2019 and removed on April 30th, 2021.

This blue section starts with a path that gets smaller, there is then a short no jumping section where you have to drop onto the next platform. After the no jumping section there are a few small jumps and then there is a thin line, hence the name, with a couple killparts to jump over.

Next there is a truss to climb then another line with three killpart strips to jump over and then another truss leading you to a path to the end of the section. 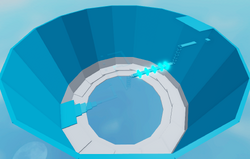 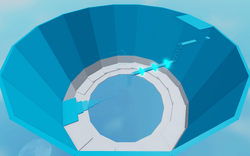