THE Tower of Hell (Old)

THE Tower of Hell, or TToH for short, is the old version of YXCeptional Studios' second game. It was like the original Tower of Hell, but rather than beating 6-12 sections in a random order, players had to complete every section in the game as well as two secret sections in a set order without mutators, gears, or a timer.

"This isn't just any normal Tower of Hell but THE Tower of Hell containing all 210 sections in a single tower. You can take on the challenge of beating all of them here but you will fail anyway." - Old game description

THE Tower of Hell was an extremely difficult variant of Tower of Hell as it required the player to complete a very large number of sections with no checkpoints.

When completed, this version of the game would reward the players with the red halo, a rare effect that only 158 players managed to obtain without the use of exploits before its removal. Those who obtained the red halo before it was made unobtainable still own it now.

The game featured a built-in "recorder" that logged every movement of anybody who completes the tower, this allowed the staff team to review a player's footage and award the halo only if the tower was beaten legitimately. The carpet next to the door would change color if the recording was successful, otherwise players could not obtain the red halo.

This list shows the order of the sections in the final version of THE Tower of Hell before it was then reduced to 17 sections. This version was created on 31st December, 2020 and lasted until February 24, 2021.

The badge "Certified Beast" was obtained by touching the door after completing the tower.

On September 7th, 2019, uwuPyxl, the creator of THE Tower of Hell, created a new badge of the same name as many exploiters had cheated their way to the badge, ruining the rarity of the badge.

On March 23rd, 2020, uwuPyxl created another new version of the badge, as many of its previous owners did not earn the badge legitimately. The new badge required a recording to be reviewed.

This is a list of the known winners of THE Tower of Hell. These players legitimately completed the game and still own the red halo despite the badge's removal.

A view of the older THE Tower of Hell from the top, with the MiniTower sticking out.

Another view of the older THE Tower of Hell from the top.

A general view of the top of THE Tower of Hell.

Corner Catch Zone in an older version of TToH.

Which One in an older version of TToH. 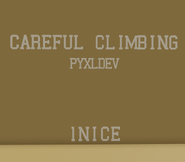 Careful Climbing in a 211 version of TToH before it was fixed. 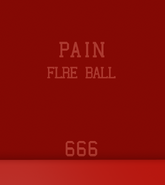 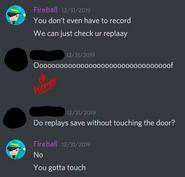