No
Spinning is a section created by Precession and was added on November 18th, 2018.

This teal section has a spinning killpart with platforms positioned in tilted m-shape and a slightly tilted n-shape. You will need to jump on the platforms while the killpart is spinning. 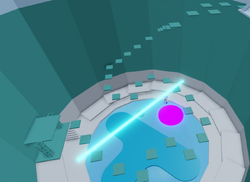 The section viewed from a different angle.
Roblox Studio 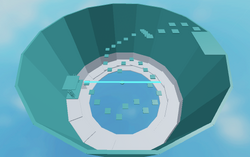 Spinning seen in Roblox Studio (referred to as Around the Spinner in the model).