No
Skatepark is a section created by Flre_Ball and was added on December 9th, 2020.

This presidential blue section starts off with two platforms, followed by three ramped conveyors. The player must jump across these platforms. After that, there are three rectangular conveyors to jump between, the middle conveyor has a killpart on it for the player to avoid.

The section then splits into two paths, the path to the left contains a couple more ramped conveyors which leads to a larger conveyor with two killpart strips on it for the player to jump over. There is also a path to the right with two half-stud blocks for the player to jump on; this path skips the killparts and joins back at the end of the conveyor.

There are then three thin conveyors going along the tower's wall. After this there are four horizontal conveyors, the first and fourth ones move to the left whereas the second and third move to the right. Two of the conveyors are covered by a large killpart on one half. The player must jump between these conveyors while dodging the killparts.

After that, there is a final conveyor that leads to a truss that will take the player to the end of the section. 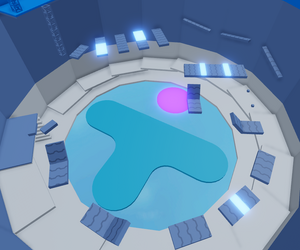 The section viewed from another angle. 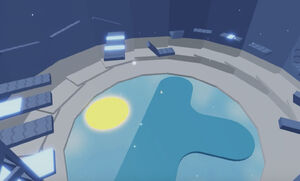 The section seen from the ending platform.
Community content is available under CC-BY-SA unless otherwise noted.
Advertisement