No
Run Around Danger is a section created by primord_ial and was added on June 18th, 2019.

This blue section that starts with a truss and a roof on the first part, that you need to wrap around to get on top of. After that, there are three two-stud jumps, that lead to a set of killparts. The killparts are in the shape of revolving doors above a platform you balance on (and the killpart reaches the balance platform).

Then there is a truss and this is repeated, but the killparts move the other way. Then there are a set of trusses and tilted bricks that lead you to the end of the section. 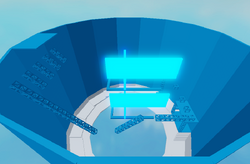 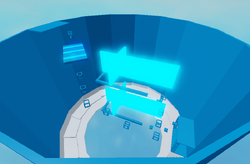 The alternate version of Run Around Danger.