No
Plates is a section created by Mauvique and was added on an unknown date.

This bright red section consists of 5 square plates, each plate has killparts that evenly divide the plate into 4 parts.

The player must jump across the plates while avoiding the killparts to reach the end of the section. 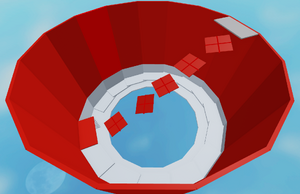