No
Phantom is a section created by uwuPyxl and was added on an unknown date.

This purple section contains platforms and trusses that reappear and disappear in order one at a time from the start of the section to the end. The section's platforms are mainly in a straight line. 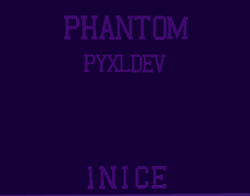 The easter egg with Phantom seen in the 210 section version of TToH.