No
Neon Hell is a section created by RandomPlayerONthis and was added on August 20th, 2018. 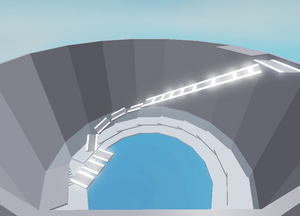