No
Hanging Bridges is a section created by ScripterAsh and was added on an unknown date.

This dark indigo section starts out with a truss hanging off of two ropes on each end, with neon killparts covering about 80% of the truss. The player has to traverse across the trusses without hitting the neon parts on accident. The section ends with two neon strip jumps. 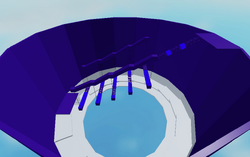 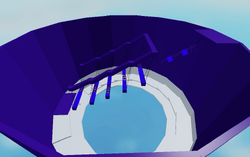 The fixed version of Hanging Bridges by damarioguy.