Tower of Hell features a few different yearly events that only last a short period of time.

This page shows the history of what happened in every single event so far, ordered from most recent to least recent.

To celebrate Pride Month, Tower of Hell released a total of 41 new pride effects for players to collect, along with 2 new secret sections for players to find. The name of one of the trails from the 2021 event was also changed (from Gay Male to Vincian).

On June 1st, two new secret sections were released called Prideful Heart and Prideful Paw. Each section contains windows, moving platforms, 3 pride flags and either a heart or a paw in the middle. The flags and heart/paw display a random pride flag, touching the heart/paw will give the player a corresponding effect which can be worn above their head.

Later into June, 9 more pride effects were added. A heart, paw and trail for each of Abrosexual, Bigender and Pangender.

To celebrate April Fools' day, the Fluffy mutator was added. This mutator turns your avatar into a random version of the avatar of the YXCeptional mascot Pyx. Dying when this mutator is activated will generate another version of the Pyx avatar. 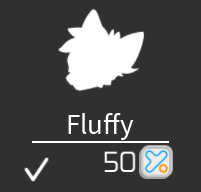 Image of the "Fluffy" mutator in the shop on the day of the event. 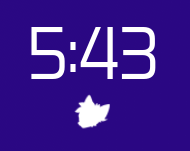 Image of the mutator being applied below the timer. 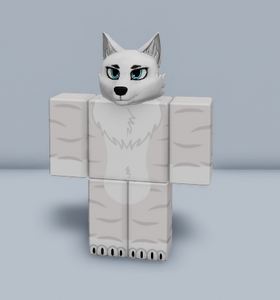 Example of an avatar from the event.

The avatar generated is (presumably) random with different heads, tails, paw colors and stripe patterns. However, there are a limited number of colors the outfits can be, an example of each can be seen below: 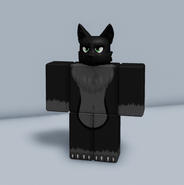 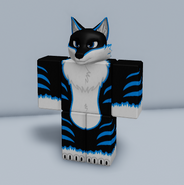 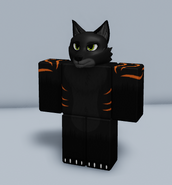 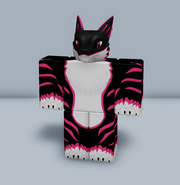 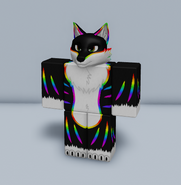 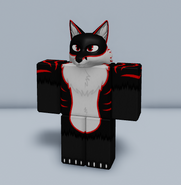 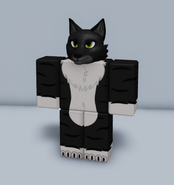 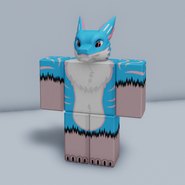 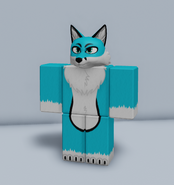 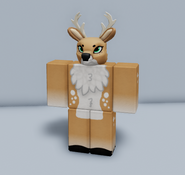 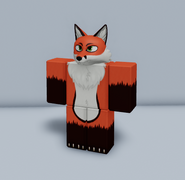 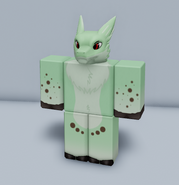 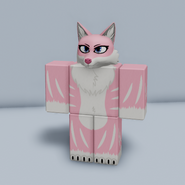 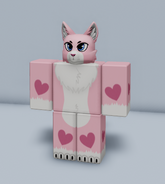 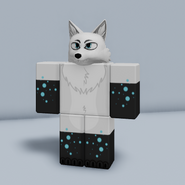 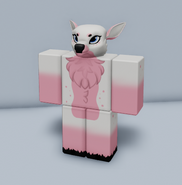 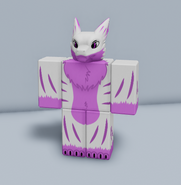 To celebrate Advent and Christmas, snow particles were added that fall in the tower. The snowman returns again and is positioned in the same spot as it was during Christmas 2020: to the right side of the portal to Pro Towers. Players who touch the snowman have a pink hat equipped onto their head until they next die. Instead of a small radispook located behind the snowman like in previous Christmas events, there is a scaled down R6 model of the YXCeptional mascot "Pyx".

New sections were added per day from December 1st to 25th in an advent calender style.

Note: The new sections will be added daily to both the table below and the wiki's monthly updates spreadsheet.[1]

To celebrate Pride Month, Tower of Hell released 16 pride trails including the Pride Trail from the previous year's event and 15 new trails, each resembling an LGBTQ+ flag.

Three secret sections were added on June 1st: Pride, Pride Picker and Pride TV. The YXCeptional Studios logo was also changed to resemble a pride flag and a trans flag.

The event's trails can be obtained from the three secret sections:
- In Pride, you get 3 random trails depending on what flags appear.
- In Pride Picker, you can use the buttons to rotate between the trails and select the trail you want. You can get 7 trails from this section.
- In Pride TV, you get all 16 trails by entering the section.

The Pride Trail and Trans Trail were also obtainable as Purple rarity effects in coin boxes.

To celebrate April Fools' Day, every player had a pair of cat ears and a cat tail added to their avatar for the day.

The ears and tail that the player gets was randomly chosen out of a few different variants of each. 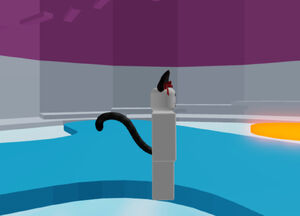 Example of the cat ears and tail. 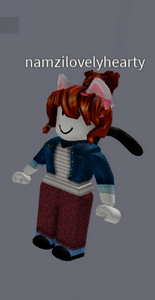 Another variant of the cat ears.

To celebrate New Year's, uwuPyxl released 13 new sections on the 31st of December 2020, The Tower of Hell was also updated from 169 sections to 210 sections.

Decisions, Hardy Snake and Sloppy Jumps were removed, with their builders being demoted for inactivity (LanaDelNymph, Nx_ahh and ZemyUsed).

To celebrate Christmas, snow particles were added to the tower, they fall constantly in the tower and will continue to until the Christmas event ends.

A snowman was added next to the ladder, touching the snowman will equip a pink top hat to your avatar's head, this hat will stay on your head until you next die, even in between rounds. Behind the snowman there is a small smiling radispook that references ObrenTune's previous game "Radispook".

A new section was released every day from the 1st to the 24th of December. Seven sections were released on the 25th to celebrate Christmas day. A table of all 31 sections is below: 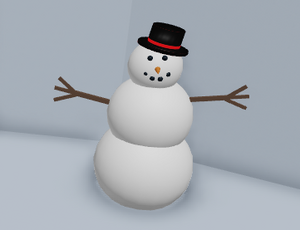 Snowman underneath the stairs. 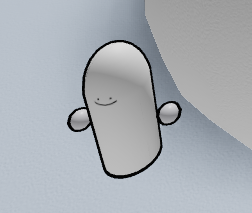 The radispook behind the snowman. 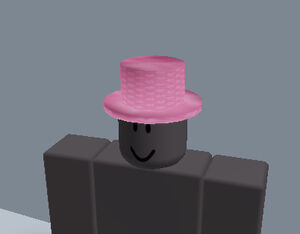 How the pink hat looks on a person.

To celebrate Pride Month, an effect called the "Pride Trail" was added to the coin boxes for a limited period of time. The effect had a legendary rarity, meaning there was a very low chance of getting it from a box.

A while after, Pride Month was over. The pride trail was removed from the coin boxes and the rarity was changed to the black YXclusive rarity.

A few other things were done to try to further prank people:

After April Fools' Day ended, the game was returned to normal entirely. 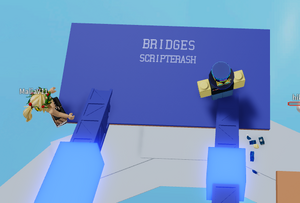 Section names and creator names on the floor. 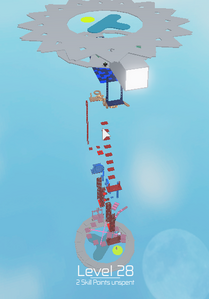 A zoomed out image of a tower on April Fools' Day. 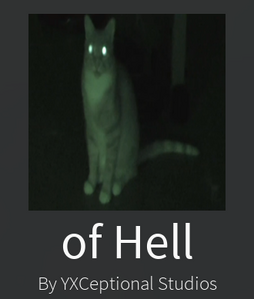 What a player would see when they were loading into the game.

To celebrate Christmas in 2019, there was a massive Christmas Update. uwuPyxl described this update as "most likely our biggest update we will ever have" showing that the size of this update was huge.

Snow particles were added to the tower along with a snowman and a mini Radispook. The snowman would give you a pink top hat if you touched it.

The first ever effects were also added to the game, allowing you to customize your character. The shop was also overhauled with the prices of gears being massively reduced.

To celebrate Christmas in 2018, 30 new sections were released all at once, 2 sections were removed as well (Frightning Lightning and Volcano). This was done on the 24th of December, 2018.

To see the list of sections, click on the "[Expand]" button on the far right of the table.

The sections remained in the game after the event ended; however, some have since been removed for other reasons.