No
Not to be confused with Drop.

Dropping is a section created by DerHausaufgabe and was added on December 24th, 2020.

This sky blue section starts with two curved ramps upwards. There are two killpart strips on each ramp that the player must jump over.

There is then a wall with two headhitter jumps on the back of it followed by an inclined platform with killparts on its sides. Above it is another identical platform the player must jump onto.

After that there are two thin, long platforms with a wall in the middle that the player must wraparound. The player then drops down a walled off tower and onto a platform with a killpart at the back.

Finally, there is a small truss that the player must climb, they must then jump onto a longer truss, climbing this truss leads the player to the end of the section. 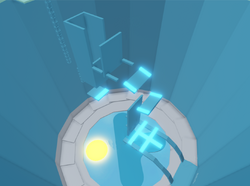 Another image of the section that shows the walled off tower better.
Roblox Studio 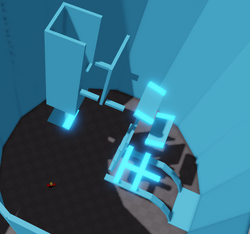 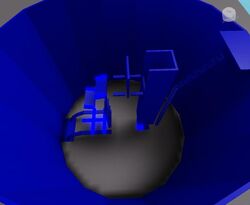 The original submission of this section.