No
Not to be confused with Dropping.

Drop is a section created by XxSWxX and was added on December 24th, 2018.

This dark teal section starts with twelve platforms up the wall of the tower. The player has to jump back and forth from one side to the other until they reach the top.

Then, they have to drop into a tower while moving to the back or sides of the tower to avoid the killpart placed at the bottom. After that, the player has to repeat the action mentioned in the beginning to reach the end of the section. 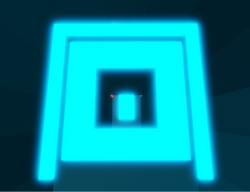 A view inside from the top.

The inside of Drop.
Roblox Studio 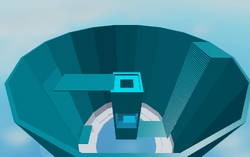