Coins (formerly Yxles) are the main currency of Tower of Hell. They are used to buy gears, mutators, and effects in the shop.

Before, you could only get coins by winning a tower, but since an update on March 4th, 2020, you can earn coins by beating sections one at a time. You earn 2 coins (Noob Towers) or 1 coin (Pro Towers) by beating the first section and it will increase exponentially as you go up.

The amount of coins you've accumulated in the current tower is now shown on the sidebar, next to a coins symbol and a bar showing your highest point. This change was received well, especially by players that don't often complete towers.

If a player decided to add the "Lengthen" mutator, users won't be able to earn coins from the tower until after beating the second section.

You can get coins by winning a noob or pro tower, buying them with Robux, or purchasing the membership, which will give you 500 coins each day when you log in.

While you can earn coins from climbing a tower, you can also buy them with Robux in the shop:

The shop also provides other products in the "Coins" category:

A photo of what your coins icon would look like if you had the 'Infinite Coins' game pass. 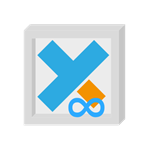 The icon for the removed 'Infinite Coins' game pass.