No
Not to be confused with the modded section of the same name Checkerboards.

Checkerboards is a section created by Precession and was added on November 18, 2018.

There are then five more trusses that the player must walk along, leading to a second large platform identical to the first. Finally, after the second checkered pattern, there are two more trusses leading to the end of the section. 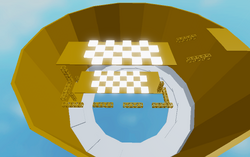 Checkerboards's model seen in Roblox Studio (Note: killparts are white in the model). 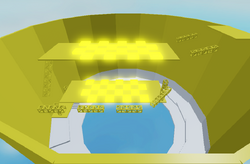 The model of Checkerboards that represents the current version of the section.