View of the section from an alternate angle. 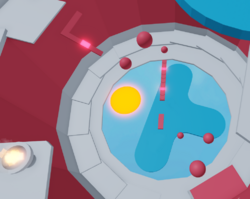 Another view of the section.

The section seen from the ending platform.
In-game 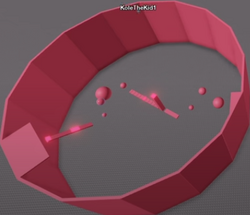 The original model of Bubblegum in Roblox Studio.