Yes
Not to be confused with the non-removed section of the same name All Around.

All Around is a now-removed section created by Crystonus and was added on an unknown date and removed on September 11th, 2018.

This salmon section started with a platform aqbove the creator value and two split paths, each consisting of seven platforms attached to the wall. Both paths took to the end of the section.

This section was removed because Crystonus was demoted from the builder role and then requested to have their sections removed from the game.

Their other sections Checkered (Crystonus), Hollow Cubes, Pancakes, Rolling Around, Sweeping and Tight Squeeze were also removed at the same time.

A lower view of the section.
Roblox Studio 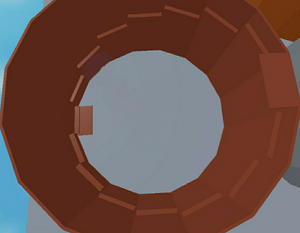